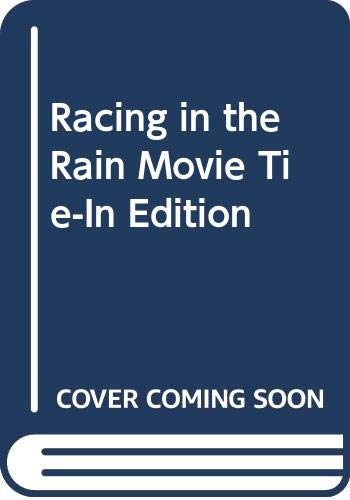 Reseña del editor Soon to be a family friendly major motion picture from Fox 2000 Studios—featuring Milo Ventimiglia, Amanda Seyfried, and Kevin Costner as the voice of Enzo the dog!In this paper over board young readers’ edition of the New York Times bestselling adult novel The Art of Racing in the Rain, with cover art from the movie, meet one funny mutt—Enzo, the lovable dog who tells this story.Enzo knows he is different from other dogs. Most dogs love to chase cars, but Enzo longs to race them.He learns about racing and the world around him by watching TV and by listening to the words of his best friend, Denny, an up-and-coming race car driver, and Denny's daughter, Zoë, his constant companion. Enzo finds that life is just like being on the racetrack—it isn't simply about going fast.Applying the rules of racing to his world, Enzo takes on his family's challenges and emerges a hero. In the end, Enzo holds in his heart the dream that Denny will go on to be a racing champion with his daughter by his side.For theirs is an extraordinary friendship—one that reminds us all to celebrate the triumph of the human (and canine) spirit. Biografía del autor Garth Stein is the author of Enzo Races in the Rain!, based on the New York Times bestselling novel The Art of Racing in the Rain (and its tween adaptation, Racing in the Rain). His other works include A Sudden Light, How Evan Broke His Head and Other Secrets, Raven Stole the Moon, and a play, Brother Jones. He is the cofounder of Seattle7Writers.org, a nonprofit collective of sixty-two Northwest authors dedicated to fostering a passion for the written word. Garth lives in Seattle with his family and his dog, Comet.